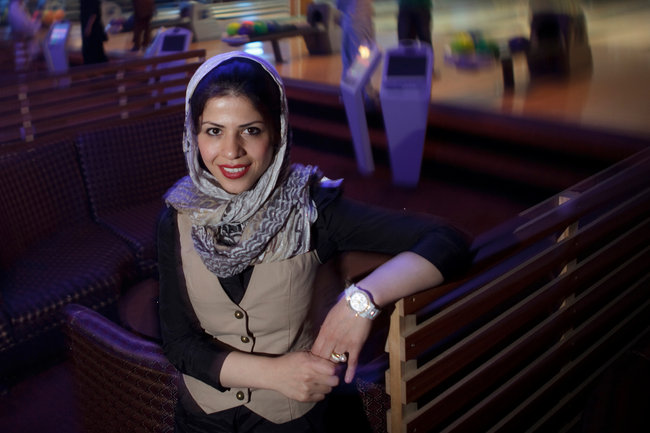 It isn’t often we get good news from Afghanistan.  So you can imagine my delight when reading a rare exception, as reported in this week’s New York Times.

Meet Meena Rahmani, a 28-year-old Afghan woman who recently opened the country’s first bowling alley.  And while much of the country’s businesses are closing, Ms. Rahmani’s six-month-old business is booming.

All in a country which has been riddled with extreme violence since before she was even born.

Rahmani came up with her business idea soon after returning to Kabul from living in Canada. She noticed there was almost nothing for people to do affordably to have fun and unwind.

Thus Strikers was born.  Hidden off a main road in Kabul, with security guards and systems in place to keep people peaceful and enjoying themselves, Strikers has quickly become a hotspot in Kabul for the locals.

Most of who previously knew nothing about bowling.

What is particularly unique about Strikers is the fact it was created by an Afghan, not a foreigner.   It was built with Afghan money, not foreign aid.  And perhaps most significantly, it is owned and run by Ms. Rahmani, directly challenging the country’s deep bias against women.

In fact, she manages 25 of her all-male staff, whom have learned to respect her.

What exactly happens for many new entrepreneurs like Rahmani to take a seemingly impossible idea to successful fruition?

While pondering this, I found an interesting perspective from a wonderful book I’m reading, Steps to an Ecology of Mind by Gregory Bateson.

Bateson, one of the most respected scientific minds of the 20th century, addresses this very issue, and instead of using entrepreneurs, he used scientists.

Bateson postulated that science evolves and progresses from how scientists think. And this thought process he identified has two crucial components.

The first part for the evolution of science begins with Loose thinking.  Grand, no structure, no proof, no research.  Just an idea and possibility.  Then the second part, Strict thinking, comes at some point later.  This is where the structure behind the idea develops and solidifies.  Challenges are addressed and the concept modified, when necessary.

Bateson mentions that scientists who understand and embrace these two components in their thinking tend to do well with evolving their concepts.

Einstein was a master at this, for example.

Entrepreneurs are the same way.  The most successful game-changing, UnReasonable, entrepreneurs I’ve met have all been doing this.  They first come up with a crazy, grand idea.  Then with lots of thought and tons of challenges to their concept, they refine it with their “stricter” thinking.

Facebook’s Mark Zuckerberg, has done this extremely well, for example.

Bateson warns that delays in this process come when society or individuals don’t understand this two-part process and end up ridiculing, shooting down or rejecting concepts still in the “Loose” stage of thinking.  Or when “strict” thinkers challenge the validity of “loose” thinking, or vice versa.

Just think of all the naysayers in the alternative energy industry to understand this concept.

Yet successful entrepreneurs, just like successful scientists, embrace both sides.

For example, Meena Rahmani of Strikers came up with the vision from her cold and lonely nights in Canada during the winter.  Not much to do there but ski and bowl.  Later, when implementing the concept in Kabul, she had to deal with serious cultural, religious,  security and economic challenges.  Then one-by-one she addressed each which constantly refined her concept.

When achieving the UnReasonable as a small business owner, you will be constantly challenged in your thinking.  Either by yourself or by others.

When this happens, just embrace your loose and strict thinking.  They will make it much more likely you will ultimately succeed.

And when you or someone you know challenges your business concept, just remind yourself of the 28-year-old Afghan woman in Kabul and what she managed to succeed.

Do you have a serious game-changing business concept?  Are you stuck?  Do you, or others you respect think there is no way it will work?

If you answered “yes” to these questions, perhaps you are stuck in the “strict” mode of thinking before the idea has created enough structure for you to punch holes in it.

Start by defining your concept.  Start from the grandiose.  Then research to see who has done something like it.  Or parts of it.  Or in a different industry.

What did they have to deal with?  How did they manage it?  What can you learn from their experience?

Build this into your concept.  Refer to it and look to see how you can evolve it from where they left off.

Still stuck?  Then reach out to those in your circle who can help you brainstorm on a possible work-around and solution.

Most importantly, stay focused on what you most want to achieve:  a game-changing advancement of business, the community and hopefully the environment in which you are operating.