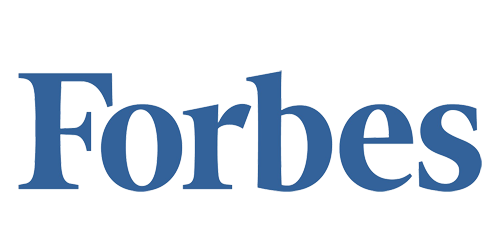 Forbes: Reality TV and social enterprise. Seem like strange bed fellows. But there’s a new incubator/accelerator/boot camp called VentureCamp trying to mix the two. (Just to be clear, co-founder and CEO Giadha Aguirre de Carcer calls what she’s doing a “docu-series”, not reality TV. More on that later). And May 12 is the last day for entrepreneurs to apply.

Part incubator, part accelerator and part documentary, it’s an eight-week boot camp for tech social entrepreneurs or people who, at least, are interested in including sustainability into their m.o. The pilot runs June 3 through July 22, to be held at the Kessler Mansion, a 26,000 square-foot estate in Indianapolis.

Later programs will be held in such places as castles in Europe, according to de Carcer. Each program will accept 12 entrepreneurs, who will include “women, veterans or people from third-tier” colleges, according to de Carcer–people who tend to be under-served by the usual accelerator–although it’s open to anyone.

They will follow a curriculum meant to take them from idea stage to a final pitch evening for potential investors. The content is different from the usual accelerator, because it’s provided by Stefan Doering of ShiftGroup, a New York City-based venture that provides training for entrepreneurs interested in starting sustainable enterprises. Then there’s the TV show. The proceedings will be filmed and turned into something that “captures the reality of what it takes personally and professionally to launch a business,” says de Carcer.

She’s quite emphatic that they won’t be producing a Jersey Shore for Snooki-like entrepreneurial wannabes (which is a concept that kind of makes your head spin). The first phase of the docu-series will be streamed on the Web, along with some games.

Next step, they have to find a network to show the series. De Carcer says they are in discussions with various places now. The 12 participants will be split into three groups. After the first week, each group decides on the strongest project and presents it to judges, who include quite a number of entrepreneurial heavyweights, like Jeff Hoffman, co-founder of Priceline and Mike DeLazzer, co-founder of Redbox. “We don’t launch businesses, we launch entrepreneurs ,” says de Carcer.

The rest of the time will be spent learning the basics of building a business and making it sustainably-minded. Also, there will be events like yoga lessons and pool parties, because, according to de Carcer, they want to create a fun, camp-like atmosphere. The entrepreneurs don’t have to be good-looking, either, says de Carcer, who contends that your basic entrepreneur has the energy and passion needed to come across on TV; they’re people who are naturally telegenic.

By the way, this is how the web site describes the mission: “Creating a scalable and self-sustainable New Fully Immersive Startup Ecosystem to Engage, Educate, Entertain, and Empower aspiring entrepreneurs everywhere, to spur innovation, support social consciousness, create new jobs, and ultimately promote entrepreneurship as a viable and accessible opportunity for all, including those in traditionally under-served population groups.”