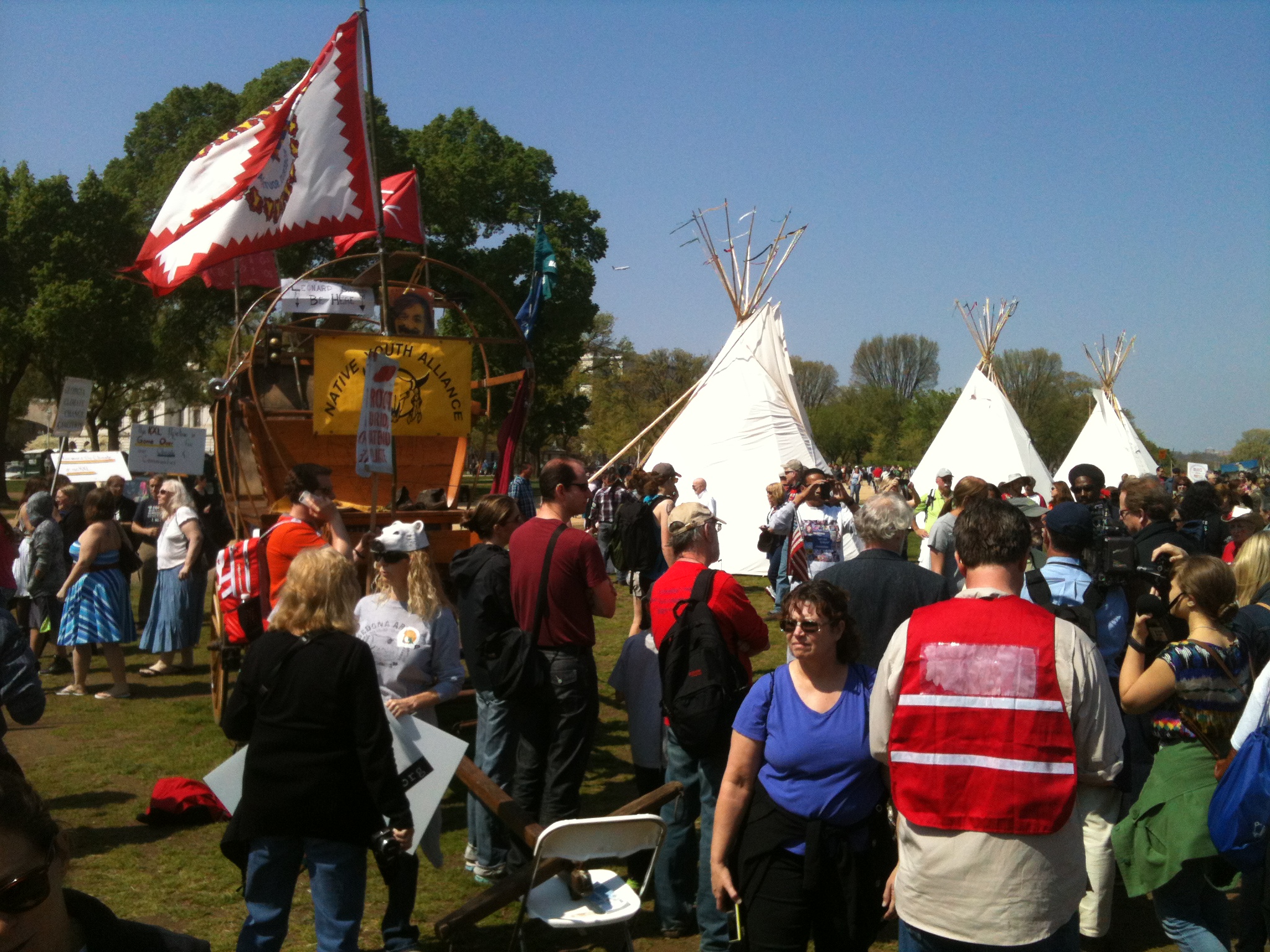 Protesting Against the Keystone XL Pipeline

I attended the “Reject and Protect” demonstration in DC to protest the Keystone XL pipeline. Here’s why.

TransCanada, a Canadian company, intends to build an oil pipeline 2,000 miles long– spanning from Alberta, Canada to the Gulf Coast of Texas. This pipeline, known as Keystone XL, will transport one of the world’s dirtiest fuels: tar sands oil. If this pipeline is built, it could pollute water systems, cause major damage to the ecosystem and put public health at risk.

Indigenous populations are being forced off of their land and those who live downstream have seen higher rates of rare cancers, renal failure, lupus and hypothyroidism. In one lakeside village alone, 100 of the town’s 1,200 residents have died from cancer.

The Keystone XL is a disastrous environmental crime and it needs to be stopped. That is why I decided to support the effort by attending the “Reject and Protect” demonstration in DC  on April 27th.

The day I attended was the largest event of a five-day encampment of the National Mall, held by farmers, ranchers and tribal leaders of the Cowboy and Indian Alliance.

It was powerful. There were thousands in the crowd. Neil Young and Daryl Hannah joined in the protest.

My special guest was my 79-year-old mother. She is the gorgeous woman in the red sweater pictured below. It was her first demonstration. At the end she said, “Today was quite possibly even better than my wedding day!”  Wow.