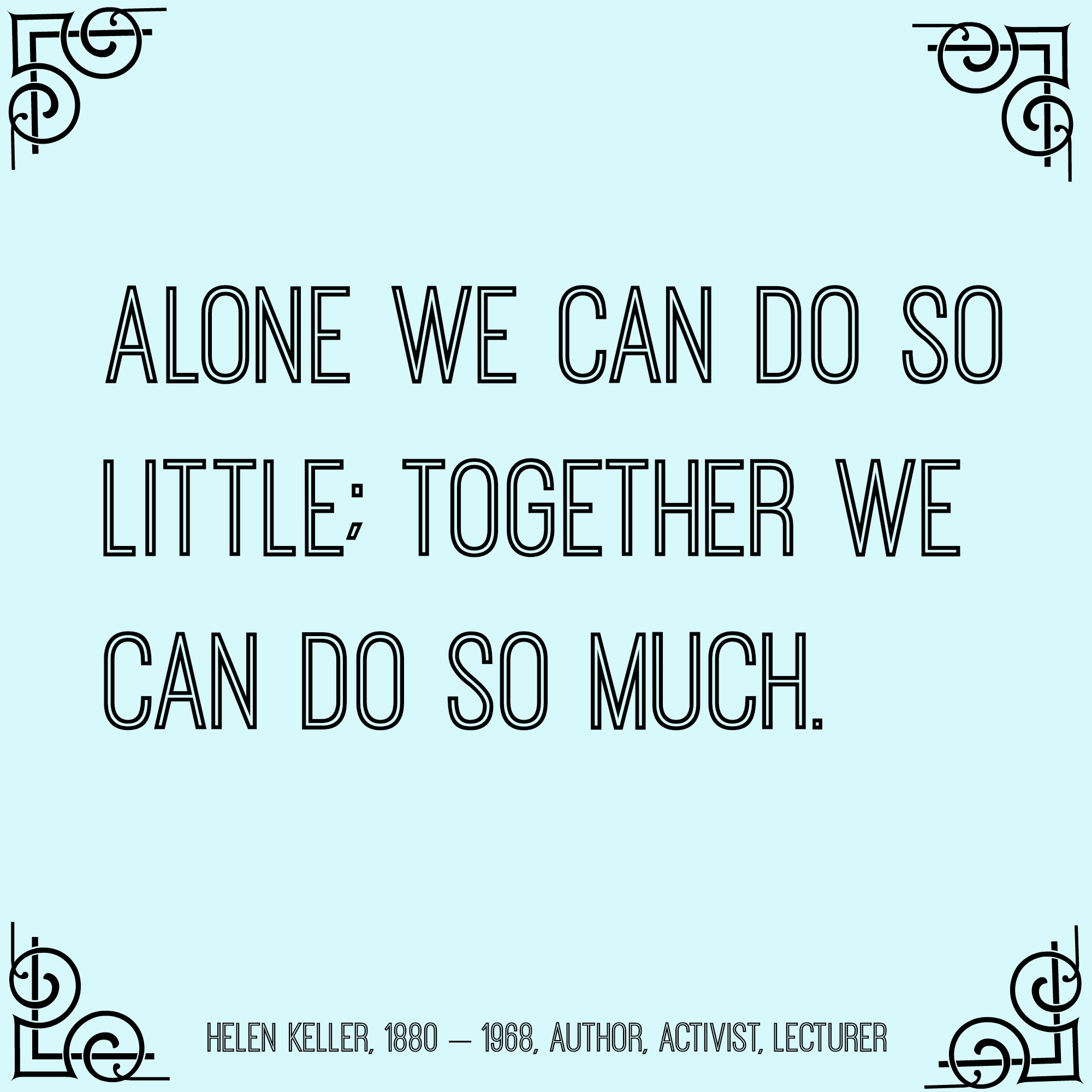 Entrepreneurs: You are NOT Alone — How to Build A Team Around Yourself

In early 1940, Winston Churchill was alone in facing Hitler. France surrendered almost immediately, as did most of the rest of Europe. And the Nazis at that time seemed unstoppable.

And Churchill knew he was in trouble. Because of his loud anti-Hitler and anti-Nazi speeches and condemnation, he knew it would not be long before Germany attacked England.

To back up his strong claims against such a powerful force, Churchill was able to keep his country in alignment with challenging Hitler and the Nazi regime mainly by delivering incredibly powerful speeches to his nation. He helped the country believe in themselves. In their strength as individuals and as a nation.

Churchill convinced England they would rather die defending their land than give in to Germany at its allies.

But to survive, Winston knew he needed to build a team to create unreasonable success. It was just a matter of time before Germany annihilated his tiny island nation. He needed support, and he needed it quickly.

He turned to Franklin Roosevelt, then finishing his second term as president and starting a re-election campaign for his third. The challenge Churchill had with the US was we were not interested in joining a war overseas that did not involve us directly.

Yet against these seemingly insurmountable odds, Churchill began a long courting process of Roosevelt to join his team and the fight to save Europe, and ultimately, the world from such a brutal dictator.

Entrepreneurs can learn a lot from this history and great example of team building.

Why should entrepreneurs build a team?

Because you are only as successful as the team you build around yourself.

As an entrepreneur, who should you choose to be on your team?

ALL successful entrepreneurs have mentors, advisors, and experienced senior-level experts to guide them and test their assumptions. This can take the form of Board of Advisors, Directors, Consultants, and of course, highly-skilled and trained business coaches.

The area of expertise they should bring to the table depends on your needs. When you have to make big IT decisions, for example, you’d better have a senior IT person you can lean on when you need to.

How do you build your team?

Of all the many, many strategies and ideas out there to do this, the best strategy is probably one of the simplest: Have a powerful vision of where you are going.

Then back that up with your passion and conviction.

Churchill, for example, had a powerful vision: defeat Hitler and Nazi Germany. Or die trying!

His passion is what both got him elected in such a dark period of England history and then helped him attract the most important team members in the world at that time.

It is notgetting “no’s” that matters, it is in how you manage them. When you hear “no”, does it stop or motivate you to try a different approach, or try harder?

And that determination, combined with your company’s powerful vision and your plan on getting there is what is going to play a big factor in building your team.

Just like Winston Churchill and Franklin Roosevelt. Together the created one of the most powerful and successful international partnerships the world has ever seen.

Got an existing business in NYC? Wondering how to build YOUR team?

Stefan for 4 weeks for free,